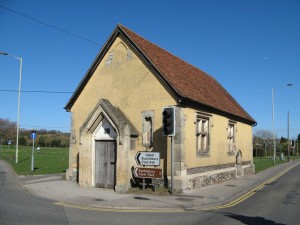 The trust at the Old Bluecoat School has announced that full funding has now been secured for the first phase of the building project which will involve carrying out priority repairs to the roof and fabric of the Grade One listed early 14th century building. The cost of the project at the Chapel Street building will be £120,000. Half of this sum is coming from the Greenham Common Trust and £12,000 from the Wolfson Foundation. Dozens of other trusts have also contributed and Veolia Environmental Trust has just announced that it would contribute £40,000 to bring the funds up to the total needed. Chairman of the Old Bluecoat School Trust, Clive Williams, thanked all the trusts which had contributed to the fundraising.

On hearing of Veolia’s final contribution, he added: “The Old Bluecoat School is very dear to the people of Thatcham and they will be overjoyed to learn that thanks to the generosity of The Veolia Environmental Trust, we have now raised all the monies needed to undertake phase one of the building’s refurbishment.” The project is being supervised by Andrew Townsend ARIBA of Faringdon, which specialises in the restoration and refurbishment of listed buildings. It has been envisaged that a contractor will be on site to start the woks by early March 2014 and that it will be finished by June 30.

While the works take place, the facility will remain open for the usual classes and activities.There will also be an open day on Saturday, November 16 from 10am until 6pm, when visitors can see inside the building and meet some of its regular users. Local artists and craft people will also be selling ‘interesting’ items, some with a Christmas theme.

In 2003, West Berkshire Council was planning to put the former chapel and school – described by English Heritage as “one of the most important buildings in the area and of national importance” – up for auction, after the antique shop that had been running from the site closed down. Following public outcry, ownership was transferred to the town council, which then leased it to the trust on a 99 year lease.